About a month ago, I’ve decided to buy an RC aircraft and learn how to fly it. So I read many reviews and messages in the forums about what to buy and how to start. Almost all people were suggesting stupid looking trainers. But like all newbies, I also wanted to have a scale airplane. I keep searched and saw that those stupid looking trainers and the warbirds have almost the same prices. Therefore I bought a spitfire to start with.

I found Dynam Spitfire in a domestic hobbyshop here in Turkey. I bought it, build it myself and made a few changes on it.

1st change was the colors of Dynam Spitfire. They were not so good, so I painted it with airbrush and transform it to a Turkish Spitfire. I decided to do it after I watched Mr. Teoman Özbelli’s video. He was suggesting to paint it with acrylic paints. That is how I did too. 🙂 Thank you, Mr. Özbelli. http://www.youtube.com/watch?v=4UXqasmi42Q

I also made the gear mod which I saw it in one of MrRCflying’s videos. I used different materials but the idea was the same. I want to thank him about that video and the others as well. http://www.youtube.com/watch?v=qn41DAWUodI

Although Dynam Spitfire has a transmitter. I ordered Turnigy 9XR and FRSky DJT module from Hobbyking and I used it during the flight.

As most of people usually do, I recorded my first RC flight and wanted to share with you guys. It may be last time to see my spitfire as a whole, so I wanted to document it and save it. I also wanted show to the experienced pilots that we dont have start with ugly planes. We can even fly warbirds after we make some practice on simulators which was what I did. I trained about 4-5 hours on a simulator before I try my first flight.

During the video I’ll be talking to my father in Turkish but I added English subs for international viewers. Sorry for my english, please excuse me for my mistakes. 🙂 I dont think you can learn something from this video but at least you can see a father and a son having good time together. Thank you again dad. This was another enjoyable time to remember which I shared with you.

(8)
(as of November 16, 2020 - More infoProduct prices and availability are accurate as of the date/time indicated and are subject to change. Any price and availability information displayed on [relevant Amazon Site(s), as applicable] at the time of purchase will apply to the purchase of this product.) 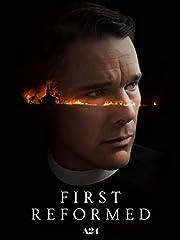 (758)
(as of November 16, 2020 - More infoProduct prices and availability are accurate as of the date/time indicated and are subject to change. Any price and availability information displayed on [relevant Amazon Site(s), as applicable] at the time of purchase will apply to the purchase of this product.) 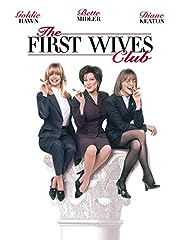 (3326)
(as of November 16, 2020 - More infoProduct prices and availability are accurate as of the date/time indicated and are subject to change. Any price and availability information displayed on [relevant Amazon Site(s), as applicable] at the time of purchase will apply to the purchase of this product.) 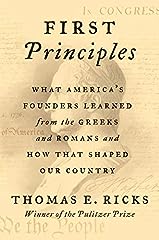 
First Principles: What America's Founders Learned from the Greeks and Romans and How That Shaped Our Country

(as of November 16, 2020 - More infoProduct prices and availability are accurate as of the date/time indicated and are subject to change. Any price and availability information displayed on [relevant Amazon Site(s), as applicable] at the time of purchase will apply to the purchase of this product.)

Very nice job. It can be very difficult to properly trim your aircraft in very windy conditions. Keep this in mind when using a flight simulator also. If you fly without any wind in the flight simulator, you will not know what it feels  like when you actually fly a model. Also, I recommend that you always take a first time flight on a very calm (no wind, or as little as 5 MPH), day. Here’s a video of my latest practice on the Real Flight 7.5 R/C Flight Simulator: https://youtu.be/f44sYjuNqjk

Awesome ! What are flying now? Hope you stayed with it. The subtitles were great.

Why is a dumbass kids 4yr old video on my recommended list?

Shitty over-controlled flight and a craptastic landing. Just like every other warbird pilot.

Newsflash kid (and any other newbie watching this and thinking they can do the same) who probably crashed it into million pieces years ago. Trainers are designed the way they are for a reason. They’re gentle, easy to fly and cheap. They teach the basics, how not to over control and how to advance into flying skills that I’ve personally spent 20 years developing.

Had this not been an easier to fly foam plane it would have been destroyed on that “landing”….try that with a real balsa and ply plane and you’ll be carrying it home in a garbage bag.

Pure dumb luck is all you had on your side.

Thank you for your video. And thanks for the subs, so much more entertaining knowing what you are saying. Nice flying and the interaction with you and your dad – priceless.

Well done they are hard to control

you deserve much more subscribers you have great vids

Great job! Low wing warbirds are some of the hardest planes to fly. I still think you should have stuck to the ugly trainer. 🙂

If this was truly your first flight you should probably start playing the lottery! Simulators are great, and a great asset, but this as your first plane, add it working out like this was about one of the most lucky things I have seen.

First flight ever and with a low wing warbird… I did the same thing years ago but my flight was MUCH shorter and ended much less gracefully. Congrats!

was that your very first time flying ? if so you did great especially with a spitfire

Beginners luck there. I suggest get a trainer first, it is lovely plane don’t break it

You should not start your first flight with an warbird, these things are hard, even for me, suggesting you to fly a trainer plane

old video but its still good to see father and son doing things , probly the best thing about the video although I llike rc planes and jets myself

Wow I was thrilled that your very first rc flying started with a warbird… It is so great your dad being your support and gave quite some good advice during your taxiing and flying. Overall you did great as first time rc pilot; the simulator really helped you. Hope to see more of your recent flying video! Cheers!

Fly with a trainer! They are best to start off with!

Good flying, but starting with a warbird is never a good idea.

This was great! i fast forwarded till you took off and were porpoising like a dolphin, and then at 7:26 when you had a vertical stall and landed vertically like a chopper…