Flying the Harbor Freight Radio Controlled P51 Mustang Airplane. Item #97393. This RC model airplane was very surprising in it’s ability to fly smooth after balance, trimming and some modifications (MODS). I will say it’s not for the beginner flyer at all as it’s relatively responsive and quick flying. The Harbor Freight P-51 Mustang RC airplane’s size can be a factor in losing sight if you let it get away from you. #97393 http://www.harborfreight.com/radio-controlled-p51-mustang-airplane-97393.html

Being a fairly experienced RC model airplane pilot, I found the Harbor Freight P51 model airplane great fun to fly. I love flying a little cheap plane that comes prebuilt. Where was this plane when I was a kid, spending weeks building balsa wood models only to bring them home in splinters after test flying? This P51 Mustang is a Styrofoam RC plane that you don’t have to worry about smashing into little pieces in a crash after those weeks of building. I love that you can get the P-51 Mustang RC model airplane at Harbor Freight for $99 and $75 with a coupon. Item #97393

The Harbor Freight radio controlled P51 Mustang model airplane comes in a few pieces, but can be ready to fly in 10-15 minutes after the battery is charged. The battery takes about three hours to charge from completely discharged. You must attach the propeller, landing gear, vertical stabilizer, horizontal stabilizer, wing and connect the battery after charging. I would put the stickers on only after you figure out if you can fly it or not. Install the battery forward enough so your center of gravity in the Harbor Freight RC P51 Mustang model airplane is set about 1.5 to 2 inches behind the leading edge of the wing at the fuselage, before flying. Make sure all your controls surfaces are set to neutral and adjust pushrods before flying so you can trim it in flight and fine tune as you are first setting up the Harbor Freight P-51 airplane. Subscribe to see our other radio control helicopters and airplane videos.

This Harbor Freight Radio Controlled P51 Mustang Model Airplane is awesome for the price. It’s a 4 channel RC airplane for $75 if you get the 25% off coupon from Harbor Freight. It’s not for the amateur though. It’s pretty quick and needs trimming out after initial assembly. I would suggest having an experienced RC pilot help you from the start so you at least have a shot of flying it without an instant crash and burn. The Harbor Freight P51 Mustang model airplane is made of 4 pieces of foam. You have to attach the horizontal stabilizer, the vertical stabilizer (fin) and the main wing which comes on one piece. You also have to install landing gear if you plan on using it. I hand launched mine. Some say in the Harbor Freight P51 Mustang review section that it needs more power, but I found the stock electric motor and propeller to work just fine as you can see in this video. I tried adding a larger propeller, but didn’t see the need especially for the beginner who needs to keep it slow.

Harbor Freight P51 Mustang Radio Controlled model airplane flying tips for the beginner: Always set your center of gravity and level all airplanes flight surfaces. Check that all flight surfaces move in the right direction in relation to transmitter input. Make sure all batteries are fully charged. Take off the P51 Mustang or hand launch the model airplane into the wind. Do not hand launch upward, but do so level. Do not fly or face in the direction of the sun as you may lose sight or directional perspective of the Harbor Freight model airplane. 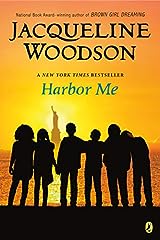 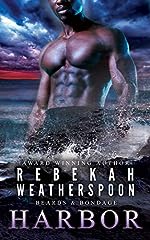 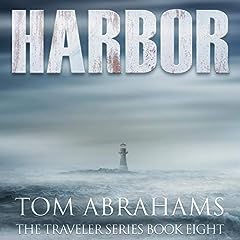 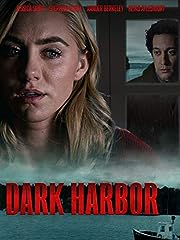 I have this model, it flies beautifully.

Harbor freight is the bomb! Didn’t even know they sold RC model airplanes!

Awesome plane! I am going to harbor freight tomorrow!

I helicopters. Do you have nitro helicopters? I have electric and nitro. Any suggestions for the nitro?

The one i bought had radio problems i installed different radio and it flew quite well. This is not a beginners aircraft but it does fly well i am going to get a larger capacity battery to see if it still flies as well it will be heavier

I am getting one! Harbor Freight? Really?

can you drive cattle with this airplane? lol

I am getting a P51 Mustang for my husband! He loves RC airplanes!

Great show!  I have three of the HF Mustangs, but I have yet to fly one –  I am still trying to learn on my Sport Cub S which I control with my Spectrum DX8.  When I am ready to try my first HF Mustang, what would I need to use my DX8 instead of the stock transmitter.  I assume I would need a Spectrum receiver, but could you tell me which receiver and what else I would need?

Again, that was a great show.

Where was Harbor Freight with these model airplanes 20 years ago?!