This is my E-Flite P-51 Mustang Unboxing, Build, Maiden Flight, and Review video. In it I unbox, build, fly, and review the new full-house Dallas Doll P-51 Mustang from E-Flite.

This is the BNF Basic, which means it doesn’t come with a battery or a charger. It does come with a receiver to bind to your Spektrum radio such as a Spektrum DX6 like I used in the maiden flight in this video.

This is my first park flyer sized P-51 in this E-Flite Mustang and it is the first plane I have every owned that comes complete with flaps and retracts, which was a bit intimidating to say the least.

The video is packed full of scale low passes much like I have tried to do with my Parkzone P-51 Mustang RC Plane videos along with some loops and rolls. This plane much like my Parkzone Ultra Micro P-51, is nicely detailed overall and looks so scale in the air! Not only that, the AS3X technology make it very stable in the air even in fairly swirly wind! That helps keep you from crashing your plane and we all know none of us like to crash our planes….at least those of us that are sane.

This updated E-flite Parkflyer version of the P-51D Mustang is so much fun to fly that I am happy to show you how this WW2 RC airplane flies! Horizon Hobby and E-flite did an amazing job with this RC plane. I am still in awe of how well it flies and how good it looks. It was modeled after the “Dallas Doll” North American P-51 Mustang warbird and this one certainly looks the part.

My overall conclusion is that If you are on the fence about buying this like I was, jump off and get your piece of World War II history today. None of the issues I had impacted the flight performance or anything else in a negative way.

This is what Wikipedia has to say about the plane this is modeled after, which is the North American P-51 Mustang:

The North American Aviation P-51 Mustang was an American long-range, single-seat fighter and fighter-bomber used during World War II, the Korean War and other conflicts. The Mustang was conceived, designed and built by North American Aviation (NAA) in response to a specification issued directly to NAA by the British Purchasing Commission. The prototype NA-73X airframe was rolled out on 9 September 1940, 102 days after the contract was signed and, with an engine installed, first flew on 26 October.[4][5][6]

From late 1943, P-51Bs (supplemented by P-51Ds from mid-1944) were used by the USAAF’s Eighth Air Force to escort bombers in raids over Germany, while the RAF’s 2 TAF and the USAAF’s Ninth Air Force used the Merlin-powered Mustangs as fighter-bombers, roles in which the Mustang helped ensure Allied air superiority in 1944.[10] The P-51 was also in service with Allied air forces in the North African, Mediterranean and Italian theaters, and saw limited service against the Japanese in the Pacific War. During World War II, Mustang pilots claimed 4,950 enemy aircraft shot down.[nb 2]

At the start of the Korean War, the Mustang was the main fighter of the United Nations until jet fighters such as the F-86 took over this role; the Mustang then became a specialized fighter-bomber. Despite the advent of jet fighters, the Mustang remained in service with some air forces until the early 1980s. After World War II and the Korean War, many Mustangs were converted for civilian use, especially air racing, and increasingly, preserved and flown as historic warbird aircraft at airshows.

In the aftermath of WW II, the USAAF consolidated much of its wartime combat force and selected the P-51 as a “standard” piston-engine fighter, while other types, such as the P-38 and P-47, were withdrawn or given substantially reduced roles. As the more advanced (P-80 and P-84) jet fighters were introduced, the P-51 was also relegated to secondary duties.

In 1947, the newly formed USAF Strategic Air Command employed Mustangs alongside F-6 Mustangs and F-82 Twin Mustangs, due to their range capabilities. In 1948, the designation P-51 (P for pursuit) was changed to F-51 (F for fighter), and the existing F designator for photographic reconnaissance aircraft was dropped because of a new designation scheme throughout the USAF. Aircraft still in service in the USAF or Air National Guard (ANG) when the system was changed included: F-51B, F-51D, F-51K, RF-51D (formerly F-6D), RF-51K (formerly F-6K), and TRF-51D (two-seat trainer conversions of F-6Ds). They remained in service from 1946 through 1951. By 1950, although Mustangs continued in service with the USAF after the war, the majority of the USAF’s Mustangs had become surplus to requirements and placed in storage, while some were transferred to the Air Force Reserve (AFRES) and the Air National Guard (ANG). 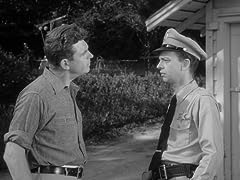 (as of February 17, 2020 - More infoProduct prices and availability are accurate as of the date/time indicated and are subject to change. Any price and availability information displayed on [relevant Amazon Site(s), as applicable] at the time of purchase will apply to the purchase of this product.) 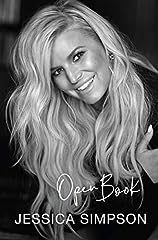 Jessica reveals for the first time her inner monologue and most intimate struggles. Guided by the journals she's kept since age fifteen, and brimming with her unique humor and down-to-earth humanity, Open Book is as inspiring as it is enterta... (as of February 17, 2020 - More infoProduct prices and availability are accurate as of the date/time indicated and are subject to change. Any price and availability information displayed on [relevant Amazon Site(s), as applicable] at the time of purchase will apply to the purchase of this product.) 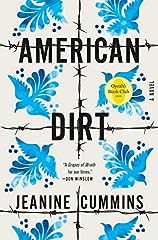 #1 New York Times Bestseller OPRAH’S BOOK CLUB PICK“Extraordinary.”—Stephen King“This book is not simply the great American novel; it’s the great novel of las Americas. It’s the great world novel! This is the international story of our tim... (as of February 17, 2020 - More infoProduct prices and availability are accurate as of the date/time indicated and are subject to change. Any price and availability information displayed on [relevant Amazon Site(s), as applicable] at the time of purchase will apply to the purchase of this product.) 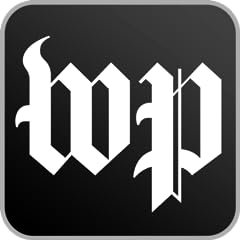 You're supporting news that matters. Read Pulitzer Prize-winning content, essential investigative stories, and esteemed political and international coverage, plus groundbreaking augmented reality experiences, interactive articles, and galleri... (as of February 17, 2020 - More infoProduct prices and availability are accurate as of the date/time indicated and are subject to change. Any price and availability information displayed on [relevant Amazon Site(s), as applicable] at the time of purchase will apply to the purchase of this product.)

Hey I’ve Bought this Plane Today and I build the Controller (don’t know how to call it in English) sorry for that I’m German but I hope that you can help me so I have Build the Controller in the Hole without Glue (The thing in your video on Time 2:58 ) the Antenna Lays in it so do you think that’s a big Problem for the Transmitter Range ?

Pleas Help Thank You very much

very good ,man where did you buy this airplane??

Why is gear down

They are different wheels look at the rims

What you youse to make plane goes left and right? Rudder on the left or ailerouns on the right?

What transmitter did you use I have Spektrum Dx5e

how much did it cost?

How is this plane compared to a trainer like a Hobbyzone Super Cub? Is it pretty forgiving when flying it?

if its not that great why did you buy it.

How can I configure the flaps on my dx6i? I assigned the gear to the gear switch. Can I assign the flaps to the RUDD D/R? please walk me through. Thanks!

Awesome man, I am picking mine up on saturday, can’t wait!
Thanks for this vid, great job (-:

I’ve been Connected with my Spectrum Dx5e !!:)

Hi Gb
I got my Dallas doll and love her just wondering how you installed the reciever antennas ….I put the short one going towards the front of the fuse…because i didnt want it crushed between the wing and fuse like you mentioned!!! And the long one straight towards the back like you showed …Havent noticed any problems …Do you think this setup was ok to do!!! Just looking for an opinion
Thanks Craigus

This is a typical pour Chinese quality ! We must find credibility suppliers!

Seems to be light on the wing and powered just right. Previous Mustangs I’ve had were either underpowered, or way too heavy. This one is ideal!

funny thing is on the BNF model, the receiver that comes with it does not work flaps and gear. my local hobby shop had to replace with an AR636.

I fly that plane

Flight time sucks and its slow

Dude start putting the links to products in the description