Link to buy: http://amzn.to/1AXiK4c
USB Charger: http://amzn.to/1CCYVjI
Extra Batteries: http://amzn.to/1P3oGCv
Wall USB plug: http://amzn.to/1NQ8hjV
Video of the Duet flying inside: https://www.youtube.com/watch?v=LXjb_qkDgkw&index=31&list=PLQqDGoQRj-oIVZ5ZF_yYzEpP6KmQs8CVF
I was very hesitant when buying the Duet, mostly because my experience with flying RC planes has ended in expensive crashes. I never even got the real life training because I would always crash within seconds of taking off. The other reason was the mixed reviews on this plane. I’ll go over why some people left negative reviews and some tips on flying the duet for those who are thinking about getting one.
For $60 bucks you get everything you need to fly.
-4 AA batteries for the controller. That’s a great price for something that flies this good.
As a beginner pilot who just wants something to cruise around the park, the duet is perfect.
If you don’t want to invest a lot of money to find out if you’re into the hobby or not then I would recommend the Duet.
First off it’s almost impossible to over bank and stall this airplane because there are no ailerons, all your turning will be done by differential thrust. That means you only have to worry about 3 channels instead of 4. Even without ailerons, the duet still turns pretty good! The duet doesn’t like to stall. By simply giving it some extra thrust, the duet seems to forget that it was about to nose over and stall all together. The 3 channels will allow you to have full control of climb, steering and throttle.
Flight times are between 4-8 minutes depending on how fast you’re flying and that’s pretty good considering the battery is a tiny 150maH lithium. One thing that annoyed me was charging from the controller so I bought this USB charger for around $10 bucks so I wouldn’t have to drain the controller batteries. I also picked up some spare batteries which I’ll include a links to down below. The battery attaches with Velcro underneath the nose and I’ve never had a problem with it falling out.
I was really surprised with how quite the motors are! At a good cruise speed, around 40% power you can barely hear the motors. This thing is silent when flying! Around 60 – 100% they do start to vibrate some but nothing too bad.
I also reviewed a 2 channel flying car as you can see here. If you wanted something even easier to fly than the duet and that can take even harder crashes then check out my review on the Hot wheels flying car. The main difference between them is the Duet has an extra channel which controls the elevator, giving you the ability to easily do loops, get out of stalls, and better overall control.
The build quality in my opinion was better than what I expected for $60 bucks. Second, it was built to fly slow and just have fun with. I’ve hit myself and my camera girl Carmen with this plane and it doesn’t hurt at all! The propellers are even light enough to where they are not going to cut you like a lot of bigger planes.
It will take off and land with the wheels on.
Being so light weight, crashing puts less stress on the structure, resulting in less damage. Now, I do fly over grass, and I highly recommend finding some thick grass while learning to fly and staying away from trees. If you’re Crashing on dirt or asphalt, the duet isn’t going to last very long. I’ve had some light crashes in the grass and one hard one where I cracked the wing in half. I just tapped over the crack and it was ready to fly again.
The front landing gear is easy to remove and since I only fly mine over grass I took it off.
Taking off is easy, just make sure to have at least 75% power when climbing and when the nose starts to get too high apply a little down elevator and your Duet will climb nice and level. Keep the elevator controls gentle! It gets more responsive the faster you go so don’t go yanking it down when you’re close to the ground. The controller has trim tabs to adjust the elevator and turning. I had to put a lot of down elevator trim when I first flew mine to keep it from constantly nosing up and stalling.
The left wing has two dark stripes on the bottom that will help with orientation. It helps if you fly in the middle of a field and have the plane fly around you until you get the used to the controls because remember, when it’s flying towards you, turning will be reversed.
The Duet will cruise nice and level at around 30 – 40% throttle flying at a comfortable 8-10 mph. It does get tossed around a bit in the breeze so fly in the early morning or in the evening when there is little to no wind.
I’m really glad I ignored all the complaints and put aside my fears of crashing and went with the Duet. It is a fun, low maintenance and easy plane to fly.
http://rcdad.com/duet-rtf-airplane/ 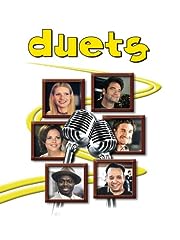 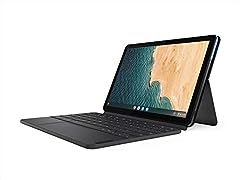 This ultraportable 2-in-1 Chromebook includes a fast and stable plug-and-play detachable keyboard enabled with 5-point pogo pin and magnet design Take it with you everywhere. Thin and lightweight the Chromebook Duet offers up to 10 hours of battery l... (as of September 21, 2020 - More infoProduct prices and availability are accurate as of the date/time indicated and are subject to change. Any price and availability information displayed on [relevant Amazon Site(s), as applicable] at the time of purchase will apply to the purchase of this product.) 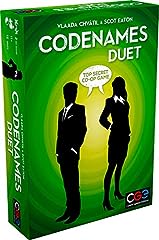 400 all new words compatible with original codenames New cooperative gameplay Campaign mode to record your progress Variable difficulty to challenge even the greatest spies Great with two players, or more (as of September 21, 2020 - More infoProduct prices and availability are accurate as of the date/time indicated and are subject to change. Any price and availability information displayed on [relevant Amazon Site(s), as applicable] at the time of purchase will apply to the purchase of this product.) 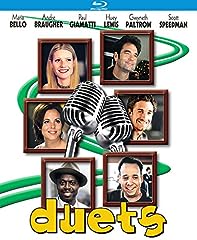 I’ve flown many rc planes over the years, though not much recently. I bought this for a trip to Florida, wanting to bring it home if possible. I didn’t. It has one major flaw. To approach and land what do you do? You pull back the power. What does that do? Loose you all your turn and roll control. i.e you can’t steer. So as the guy says, if you must buy this ( I would recommend a conventional set up), use it in an open area with long grass cause your coming in fast!

Good review.. Your comment about crashing hard and often sounds familiar! Maybe I should give this one a try..

I love it when you say ailerons. Aliron lol

so how long does the battery last?

I just got one of these for my sons birthday. Thanks for you video the plane worked great a few glitches with the operator but we got thru it. Thanks again.

Awesome review! Music is not too much, almost not noteable but not boring either. Nice voice, good sound and video quality. One of the best out there 🙂
Wasnt sure if I should buy it but after this video I’m pretty sure I’ll give it a try 🙂
Have a great day!

cool, this is perfect for beginner?

Any tips on landing, I always crash when I try to land

you gotta get your adjectives and adverbs straight bro

Dude great video. I told my dad to get me one but he said NO so I planned to make one from scratch. And to make an RC plane I had no idea but from this video I got one idea. Plz keep uploading more videos

It has been some time since Chirayuu posted his comments below. I want to tell you, Chirayuu that my father also would not allow me to build and fly model plains. At this price it is ridiculous to be told no. I had a passion and you do too apparently because NO was an answer you wouldn’t accept. So you’re going to build your own! FANTASTIC! How did it go? Getting all the flight dynamics right can be tricky even with something this simple,…BUT I am here to offer you a DUET, my courtesy. If I knew how to get in touch with you I would directly. I will be happy to buy you the plane.
even though my father objected when I was 10 years old, I retired from United Airlines flying 747-400’s to the Pacific Rim! NEVER ACCEPT NO WHEN IT’S SOMETHING YOU LOVE!!!

This plane looks nice, but there are bits that are fragile especially tail wing.

Thank you! Thumbs up.

I have one but I don’t know how to fry

I’m a semi pro rc pilot and flight simmer of 15+ years. I’ve had everything from 2 channel to 6 channel edf jets and I bought one of these a year ago just to have something to dink around with in a small yard or small park and I must say this little plane is beast for the price and how it performs. I can make this thing fly in strong winds you just have to go into the wind and do step climbs then turn around and then it hauls ass lol(like 40-50mph in the wind). Only reason I can do this is because I know what I’m doing the regular new pilot or novice would probably crash in winds over 7mph. I want to get another as the one I had ended up going into tall marsh lands after the transmitter lost signal for no reason(I wouldnt fly over marsh, hard to get to areas or open water with my expensive planes).

Which would be your first choice for beginner? The Duet or the Sport Cub S? If you know anything about the Champ add that one to the list too. I have $100.00 that I can spend and want to get the best planeto teach me to fly. Thanks again for all your reviews!!! They are great!!!!

I love rc helicopter. I’m thinking about getting one but I can’t decide if I should get a place first. Thanks for all the great videos.

i bought everything except the usb charger

I have one but I don’t know how to fry