Ofna Buggy8 1/8 scale 4WD RTR Review
So here is my review of the Ofna Buggy8 1/8 Scale 4WD RTR. This has been one of those cars where a lot has happened during the time that I have owned it and there was a lot to talk about, but I did my best to keep the review as short and as informative as possible.

Here is a list of things that FAILED on this buggy;

Here is a list of the thing that WORKED well on this buggy;

-ESC is a Gem! 150amp TORO, AKA Trackstar
-Servo held up fine, although it was a bit slow
-Shocks performed great and are strong (not including rod-ends)
-Car handled really well with better tyres and jumped very well

As you can see, one list is clearly bigger than the other and that is what led me to my decision on this buggy. If Ofna can fix a couple of these issues, it would make this a very strong competitor with some of the other buggies out there, but as it is, this is not worth the purchase.

Thanks you for watching and have fun out there.

Here are all the videos associated with this buggy;

Please Note:
I did do a speed test with the Team C Motor, but the footage was not that good, so I didn’t upload it. However, I can confirm that 4S speeds were at 40kph and 6S speeds were 60kph with stock gearing. I was going to do another test with the 21T pinion, but the bearing failed and then I never bothered. But I can safely assume that it was not as fast as with the Ripper Motor.
Also, the car has been SOLD since doing this review and is no longer in my possession. 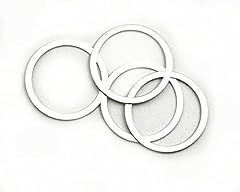 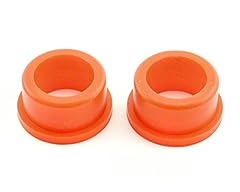 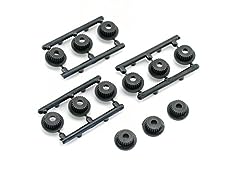 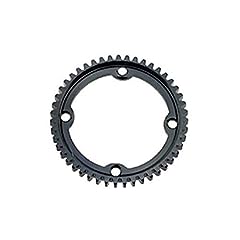 Thank you. 🙂
The 835E is holding up much better than the Buggy8 ever did, but it also has some flaws. The review for that will be coming up soon. To me the RC8.2e is probably one of the best 1/8 scale buggies out there for around $500 RTR, even though I’m yet to won one. I hear nothing but good things about them.
I’m looking at my options for other 1/8 scale buggies and will buy another one soon…

Wow, I just checked out the site and they have an exact replica under the Team C brand they’re calling TR8e. Interesting how this buggy is being sold under different brands and names all over the world… Thanks for the tip, man. Really appreciate the feedback. 🙂

Mine its running good for now with factory esc and motor but with 23 or 22 motor pinion, servo horn, tires and battery straps are junk, shocks i replaced them for better ones, axle diff cups are soft like butter, and finally the front droop cant be adjusted to low because front axles will pop out.final thoughts youre right it doesnt worth the money

Yeah, I used eBay. It’s the best way to sell stuff, for me anyway. Good luck with it, man. 🙂

I posted this question in another video you did on the Ofna Buggy 8 but I’ll ask here since you were on here more recently.  And I see you sold it and heard your opinion and read the description.

BUT, if you had to choose between the Ofna Buggy8 or the Duratrax 835E, which one would you choose for overall bashing and occasional racing quality?  In stock form and maybe upgrading a few parts, which also would be the overall end value?  Thank you.

hi Aussie… nice review, i like it.
i had this TeamC RTR for my first 1/8 kit 2 year ago.
its enough for nubi like me, but i had first combo (not like you have). and ESC 80A broke in few month.
so i decide to get 2nd of the pro kit (T8E) and i got it.
it way batter than the RTR.
the part of TeamC is cheaper than other in Jakarta – Indonesia.
the other reason is the LHS is near form my place.
until now, i am fan of teamc racing (T8E, T8TE & TS4TE)

Thank you very much buddy. Glad you liked it. 🙂

Thank you so much

Yea ima out the shit tires back on and leave the hitec servo it was 60bucks I’m keeping esc and there is no more motor that sorry excuse of a rotating magnet is sitting at the bottom of our private lake cas it’s just fell apart dumbest shit I ever saw from a motor ima try c if I can’t get 250.00 out it that way it wasent but 100 loss and it has less the 1hr run time 4real maybe ran my dbl 2s packs 5 times tho it 15min a run so not a lot what route did u take eBay r what

Glad i watched this review! I have become a big OFNA fan after purchasing my Ultra lx2e. It is such a tank. I was thinking of getting the Buggy 8e because i love my lx2e so much. I might reconsider. Nice review my friend!

This is a completely different car than the Ofna Sse correct? Been eyeing the Sse

I got this one from Tower Hobbies. I did mention it in the video. 🙂

don’t buy an RTR unless its LOSI.  You will regret it.  by the time you replace everything its not worth it.

Thanks Brian. Glad you enjoyed it.

Planning to get 1 n a few days

Thanks man. I try to provide as much info as I can. 🙂

Well, I’ve not had the Savage Flux yet, but from what I hear, people either love it or hate it. Some say it’s the BOSS of all monster trucks and others won’t go near it… I guess it really depends on what you’re after. If you want stupid power and standing back-flips, then it may just be for you. But if you want something that’s a little more tame and handles better while still being very fast, then look at other options like the MT4, for example.
Thanks for checking out the vid 🙂

Well, that maybe something I’ll consider in the future… But I have another buggy in mind for my next purchase. 😉

man im thinking of selling the buggy 8 as a roller what do u think i should ask for it ita just b the car no esc, no radio just shocks body chassie? i might thow n a set of tires and the waterproof hitec servo i got for it i dunno would love ur feed back

same problems …. on every side on the world 😀

hi im new to hobby rc stuff i am wondring what is stongest a 3300kv or 2800kv
is low number better?

Haha. I was hoping you’d see this. I did enjoy my time with the Buggy8… when it wasn’t broken! But in the end, it was just riddled with little problems and then, of course, the motor being so poor in quality and speed, it’s just not worth praising it. It would have been a better buy if it came as a roller for under $200. Even if there are some things that wouldn’t have changed in roller form, at least you would only have yourself to blame for the poor electronics.
Thanks for stopping by buddy

Ready To Run RCs are generally supplied with “all terrain” tyres because the manufacturer cannot possibly know what surface the end user will be driving their RC on. That’s why people complain about RTR tyres, because what is supplied doesn’t suit the surface they drive on. But with these tyres, I noticed ware from the first time I ran it off-road and once I took then on-road they went bald. You can blame it on that if you like, but I have bought many other RCs that don’t have that issue. Thanks

if youre going to replace any chassis or driveline parts just order the team c pro kits parts which are better quality and metal parts are hardened,i forgot to mention that one day out of the sudden i snapped one rear axles in the outer tip while taking off .
why i didnt ordered the pro version whyyyyyyy?

Oh, I forgot to mention the axle diff cups! Yes, they are very soft and mine were looking pretty poor by the time I sold the buggy.
Thanks for your comment, glad to know I’m not the only one with issues on the Buggy8.

Well, if you can fix the issues with this buggy (and most can be fixed), then this is not a bad buggy at all. The problem is that by the time you spend the money on upgrades, it becomes a little pricy and when you compare it to some of the others out there, the Buggy8 just isn’t worth the money.
Thanks for watching 🙂

You should try out the ofna ultra lx2e rtr buggy. It’s seem good for the price.

Another Great Video, Love How Your Videos Are Always Very Detailed. Thumbs Up !

Haha, I try to be a little more diplomatic than that, but I guess you could call that the short version of the review. 😉