RMS Titanic model by Newquida with authentic sinking action! This large 32″ Titanic model has lights and many of the details that say Titanic. This ready to run Titanic features a 4 channel remote control, 1/325 scale, 3 motors, 3 propellers, servo controlled rudder, rechargeable battery with charger, deck illumination, presentation rack and a overall feel of the RMS Titanic ocean liner via detailing that will impress some but disappoint others. I did buy the book LIFE Titanic: The Tragedy that Shook the World: One Century Later to make references to the Titanic model. From what I could see this model was fairly accurate to the real ship, but I was not counting rivets. On a closer inspection this Titanic model does scream cheap and fast build. Many aspects of it are typical of low end made in China rubbish. My buy price in Australia was $199 less a 20% discount at David Jones. So I paid $160AUD or roughly $122USD. I do look at e-bay to see what prices are being asked there and I was shocked. It ends up I purchased this model for a great price, far cheaper than the e-bay sellers setting up sales with Titanic tax and Titanic emotion. Be really careful if you are buying this model of Titanic!

Pulldown Of Titanic After Sinking
RMS Titanic 32″ Model After Sinking Whats Inside Inspection Doomed Before It Left The Toy Factory
https://www.youtube.com/watch?v=b18503J-d4g

RMS Titanic was a British passenger liner that sank in the North Atlantic Ocean in the early morning of 15 April 1912, after colliding with an iceberg during her maiden voyage from Southampton to New York City. Of the 2,224 passengers and crew aboard, more than 1,500 died, making it one of the deadliest commercial peacetime maritime disasters in modern history. The largest ship afloat at the time it entered service, the RMS Titanic was the second of three Olympic class ocean liners operated by the White Star Line, and was built by the Harland and Wolff shipyard in Belfast. Thomas Andrews, her architect, died in the disaster. The wreck of Titanic, first discovered over 70 years after the sinking, remains on the seabed, split in two and gradually disintegrating at a depth of 12,415 feet (3,784 m). Since her discovery in 1985, thousands of artifacts have been recovered and put on display at museums around the world. Titanic has become one of the most famous ships in history; her memory is kept alive by numerous works of popular culture, including books, folk songs, films, exhibits, and memorials. Titanic is the second largest ocean liner wreck in the world, only beaten by her sister HMHS Britannic, the largest ever sunk.

Possibly the best fun with this Titanic model is to play battle boats, my old and trusty $25 Russian aircraft carrier has a pool battle with Titanic, it makes for the best fun ever. My review of the Russian RC ship is below.

Over one hundred years ago, a ship thought to be indestructible suffered the ill fate to strike an iceberg during its maiden voyage across the North Atlantic. The unthinkable occurred, and the Titanic went to the bottom. What happened on that cold and inky night has haunted and entranced us ever since. Anything related to Titanic has attached to it a Titanic Tax! 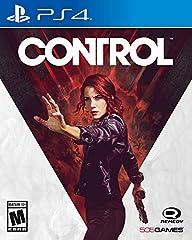 Explore diverse environments and shifting architecture in a deep unpredictable world, set within a sprawling New York building Define your play style by integrating supernatural abilities, upgrades, and modifiable loadouts Harness dynamic environment... (as of September 28, 2020 - More infoProduct prices and availability are accurate as of the date/time indicated and are subject to change. Any price and availability information displayed on [relevant Amazon Site(s), as applicable] at the time of purchase will apply to the purchase of this product.) 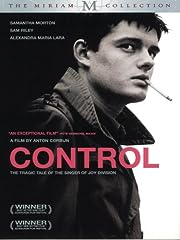 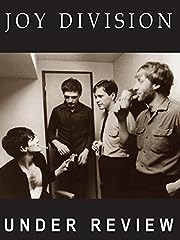 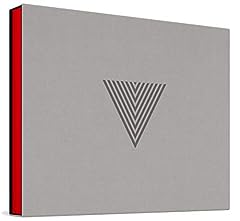 
The Art and Making of Control Limited Edition

The front is the bow, the back is the stern,the left is the port and the right is the starboard.

i want that ship i want it to buy

can I have your model plz

It’s really sad so many of those who comment never answer the few question I have in this video. I can only assume they are spam comments. My channel is sinking faster than this Titanic and I’m not interested in comments who can’t prove they watched this review.

the titanic split in two was because the SUPER DUPER DUPER heavy stern (the back) was in the air, and the hull couldn’t handle the weight, and it tore the ship in two

The ‘steering wheel’ you saw at the back was the docking bridge; I don’t know much about it other than the fact it was a spare bridge they used to assist the ship when docking. And the model is so cheap and inaccurate it hurts.

You are right the back smokestack was the fake

THE TITANIC MUSEUM SOLD ME THIS FOR 270 USD WTF MAN

can’t wait to meet you join

Hey is anybody watching at titanic museum

Some other guy:What makes you say that?

I made a Lego Titanic and Lusitania without instructions